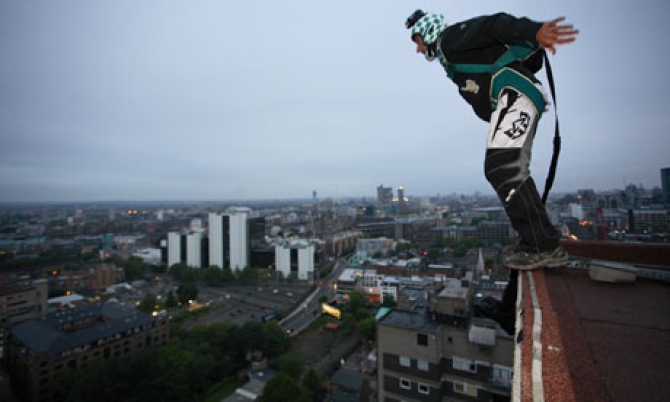 Base jumping is absurdly dangerous – so why do it?

Throwing yourself off tall buildings is addictive, as Barney Ronay learns tagging along with Britain's premier jumper

Thirty-six floors up on a tower block roof in the wee hours of a humid Thursday night the eastern fringes of the City of London look very different from the meandering claustrophobia of pavement level. Up here London becomes a series of peaks, an alpine illumination invisible from the daily gridlock. It is beautiful, frightening and unexpectedly quiet. To Dan Witchalls, Britain's premier base jumper (the acronym stands for "Buildings, Aerials, Spans and Earth"), the skyline also represents a kind of panoramic 3D curriculum vitae. "See that. The stock exchange. Done that," he says, as he busies himself with some final preparations. "Over there, The Shard. Done that. Wembley Stadium. We did that. Security got us when we landed on the pitch."

Read more
back to top